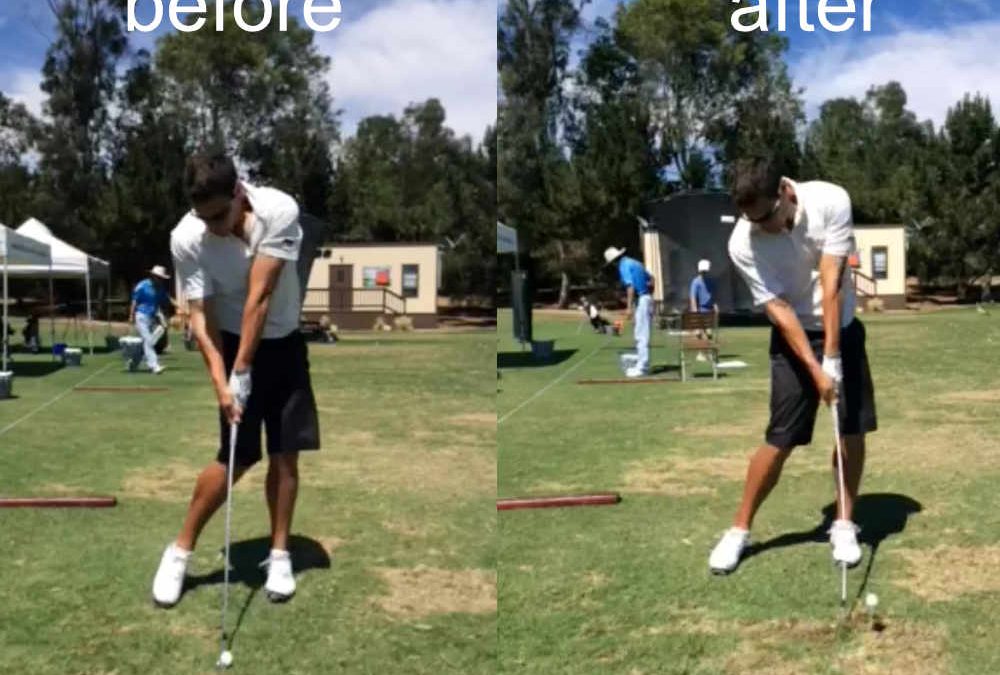 Today I’m going to show before and after photos of two students. Both made dramatic changes to their swings by making simple changes. Their after swings both demonstrate improved static swing positions without directly addressing any of them. Student #1 changed his backswing and ended up in an ideal P6 position. Student #2 produced lag and shaft lean by fixing other issues in his swing. This is the right away to address those sorts of problems in a golf swing. 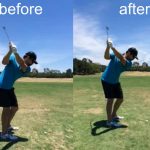 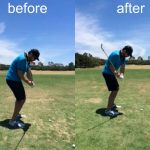 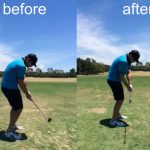 This first student was given one thought to make these changes. I told him to get his hands deeper in the backswing. At the top of the backswing (photo 1)you will see his hands and the butt of the club are vertically above the front of his shoe. In the after on the right, all I did was put his hands there and said “deeper’ and he did it. The resulting improvements in the downswing (photos 2 & 3) are all a byproduct of this single change. These were literally consecutive swings. It makes me look a lot smarter when I have a talented person with lots of kinesthetic awareness.

Funny enough, another teaching pro who saw these stills, admitted the swing was better in photos #2 and #3, but aesthetically preferred the before in still #1. I was dumbfounded, as that position caused the poor positions in the before photos #2 & #3. All of these changes were made by changing the before position of photo #1.

This is why I always work backwards when analyzing a student’s swing. The first problem I see is often causing all the subsequent issues. Fix that first problem and you might get lucky. Sometimes it takes care of the rest on its own. 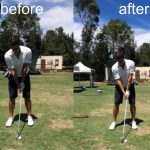 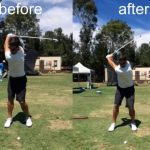 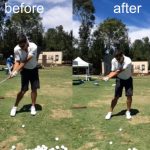 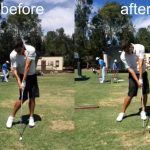 This student made two changes to his setup (photo #1): He added more forward bend, and bumped hips toward the target. From there, we shortened the backswing (photo #2) and had him fire the arms earlier to start the downswing. All of these changes helped get his body and arms in better sync. If you look at the before side of photo #3, you’ll see the 68 ballerina position on display. The arms trail the body, creating lots of problems.

Now don’t get me wrong, sometimes the body rotation needs to be more active. But most good players with swing problems have trailing arms because they’ve been told to “lead with the lower body” and have overcooked it. When the arms trail, the student dumps the lag and has no shaft lean. And a lot of time, they will then attempt to fix these issues directly by trying to hold the lag, which slows the arms down further. And if the arms slow down, the body outraces the arms even more, compounding the problem even more.

This is why I speak out so often about the concept of “passive arms” in the golf swing. Combined with an overactive lower-body, it’s not a productive swing thought when it comes to producing lag and shaft lean.

These two examples prove a major tenant of my teaching philosophy. There are aspects of the swing that you can directly control, and aspects that are a result of a good golf swing, like lag and shaft lean. The key is to understand the difference. You can’t add lag and shaft lean to a golf swing, but you can create them by focusing on the issues that are preventing them from happening.

More on driver with Brendon. Hitting up and draw at your own risk.