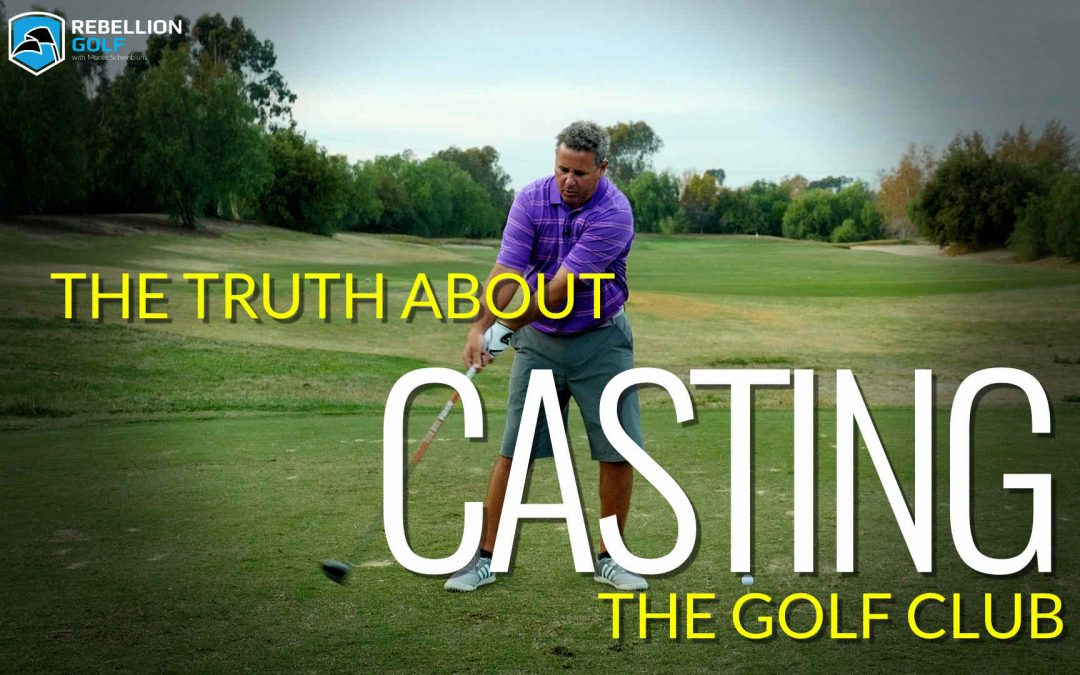 CASTING THE GOLF CLUB: AN INTRODUCTION

I’ve written a lot about casting the golf club over the years. I’ve written a lot about some of the root causes of this phenomenon. I even have an entire drill based around trying to cast the club on purpose. For those who haven’t heard the term before, casting the golf club is also referred to as throwing the angle away prior to impact. During a cast, the angle between the club and hands is prematurely released, resulting in a loss of power and a host of other problems. I rant about “holding the lag” like it’s my job (because it is), so it makes sense that I write a lot about casting the golf club too. After all, “holding the lag” is just a very bad way to try not to cast the club. And as I’ve said roughly a thousand times, it doesn’t work.

CASTING IS NOT DESIRABLE

Some golfers think my anti-lag holding philosophy makes me in favor of casting the golf club. This is not true! I am in favor of lag created the right way (as a result of a good golf swing) and agree that casting is not desirable. The issue is that casting cannot be fixed by trying not to cast!

CASTING IS NOT A SWING FAULT

I wrote previously about how early extension is not a swing fault. Casting is exactly the same phenomenon. If you cast the club, it’s because your subconscious brain has determined that it is the best way for you to hit the golf ball, given the circumstances. You’ve put the club, your body, or both in a position where not casting would be much worse. In other words, casting isn’t a fault, it’s a solution! It’s not an optimal solution, but it allows you to get the ball in play.

“IF I COULD JUST GET RID OF MY CAST, MY BALL-STRIKING WOULD BE SO MUCH BETTER.”

Lots of golfers think this way. Now, if you go about figuring out the actual cause of your casting problem and correct that, you might be right. But many golfers try to fix casting in a vacuum. They figure everything else is working fine, and try to treat the cast like an isolated problem. It’s not. In fact, most people who cast the club hit the ball as well as they do because they cast. If all they did was “stop casting” without actually addressing the root cause, they would hit it far worse. Many would hit the ground instead of the ball.