LAG is a Result, Not Something You Do 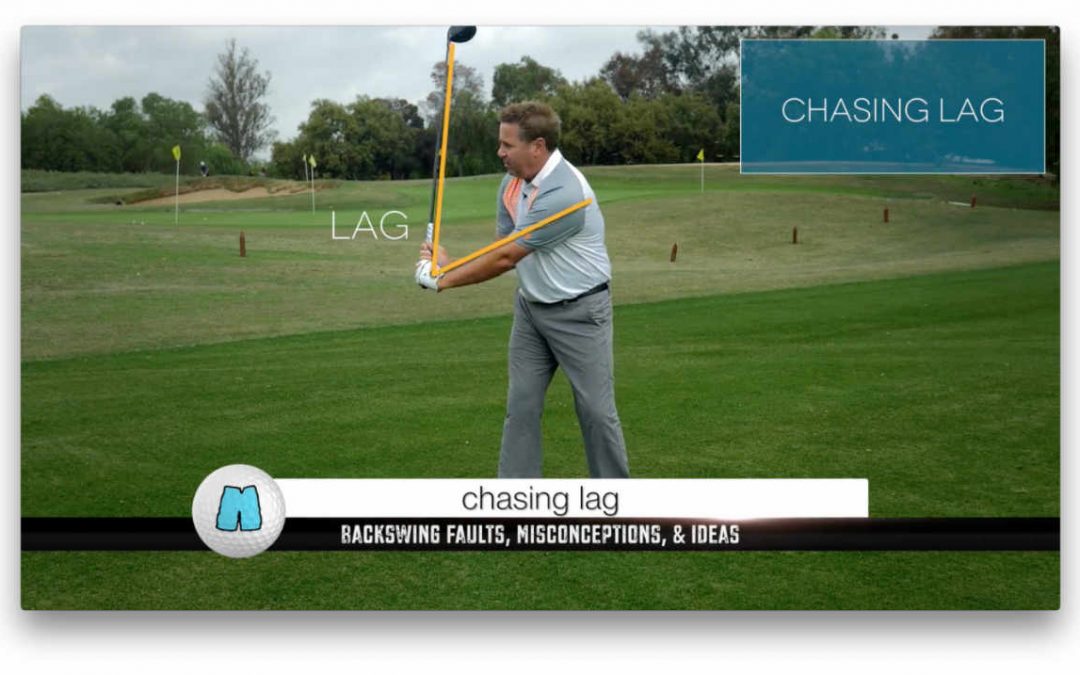 One of the many important concepts I cover in my instructional video, DRIVE 4 DOUGH, concerns the common obsession with maximizing LAG in the golf swing. For those who are not familiar, LAG is generally defined as the angle between the lead arm and the shaft about halfway through the downswing: 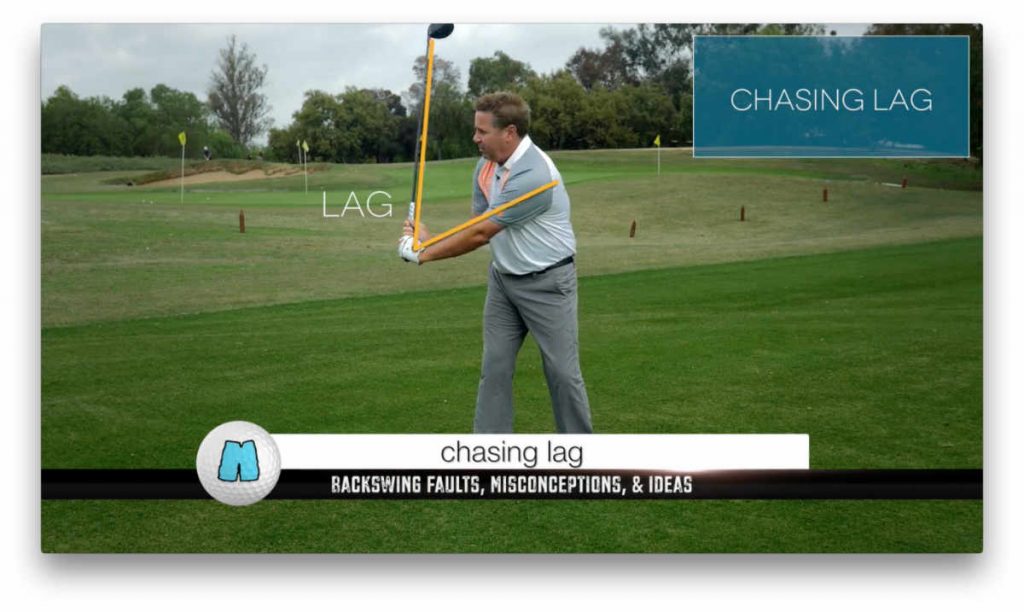 “Lag” is generally defined as the angle between the club and left arm roughly halfway into the downswing:

LAG can be observed in all good golf swings and is especially prevalent in the swings of long hitters. Conversely, many short hitters and high handicappers tend to lose their LAG and “cast” the club during the downswing, leaving their hands behind the ball at impact: 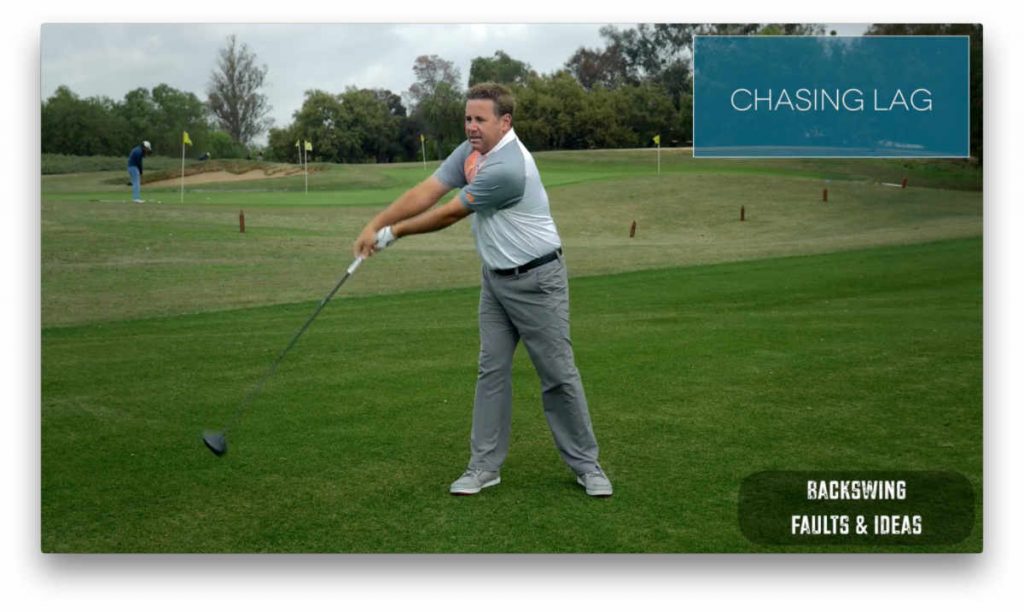 “Casting”, or throwing away the lag early, a common swing fault.

THE PROBLEM WITH LAG

It stands to reason that LAG is a good thing and something everybody should want in their golf swing, but as I explain in my video, DRIVE 4 DOUGH, the issue comes down to the following SAT problem:

For those on the fence, the answer is: FALSE. The reason for this is simple, LAG is the RESULT of a proper golf swing. It is NOT something that you can  FORCE into an improper golf swing. If you’re not creating lag in the golf swing, it’s not because you aren’t holding off the angle. 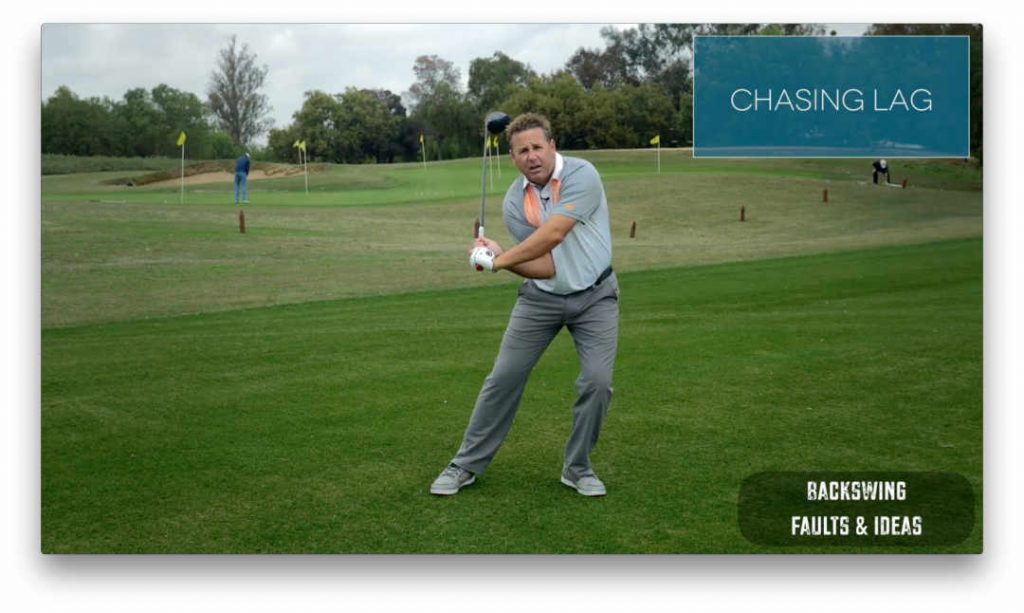 Golfers are taught to “hold the angle” or force lag in the golf swing in order to cure a casting problem. This is NOT a solution to the problems at hand, and FORCED LAG will never create the sort of favorable impact conditions that the properly lagging long-hitter enjoys by swinging the club correctly. You might be able to fake your way to a “laggy” looking still-image halfway into your downswing, but the ball will not go far and your control will be terrible. You CANNOT just add lag to your current golf swing by trying to hold the angle. That is not how you properly create lag in the golf swing.

There are three simple facts that negate these attempts at manufacturing lag in the golf swing:

1. The club head can have an effective weight of over 100 pounds at the point where people are supposed to hold it.  How many of you could hold a 100 pound dead weight on the end of a shaft with just your wrists? I was the 1992 World Long Drive Champion and I couldn’t hold a weight like that to save my life. 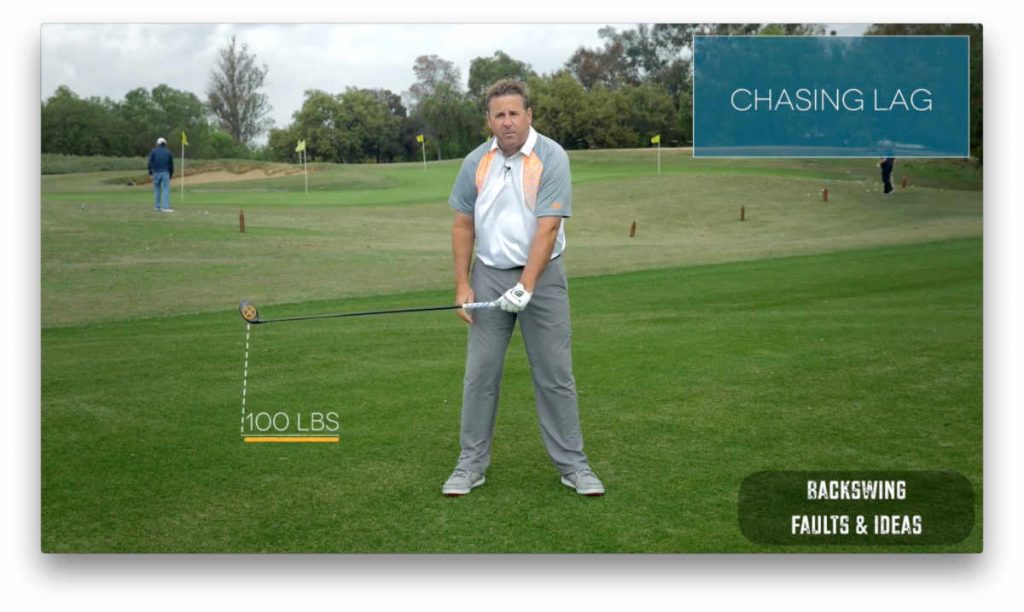 2. Lag is thrown away by necessity in order to hit the ball.  One example is when people get the upper body moving toward the target to start the downswing. If you didn’t throw the lag away, the swing would be so steep, you’d take a divot with your driver. Other possible causes:

All of these can cause the body to throw lag away to avoid disaster.

3. Purposely holding the club head BACK is SLOW. We want to swing the club so that the club head comes into impact at maximal speed. How is that going to happen when you’re trying to hold onto the angle during the downswing?

LAG is the result of a proper transition sequence and the proper position of the body. It’s not something you can actively force without dire consequences. We all want lag, but we can’t hold it and we can’t force it into a swing that can’t deal with it.

SO HOW DO I CORRECTLY PRODUCE LAG IN THE GOLF SWING?

At this point, you might be saying, “Fine, I believe you, but I cast like crazy, have absolutely no lag, and am a much shorter hitter than I ought to be. How do I go about getting lag?”

The key is for you to figure out why your body is dumping the lag. Most people dump their angles because doing so is what allows them to actually make contact with the ball. In other words, casting is NOT the primary swing fault. It’s actually a solution to hitting the ball from a disadvantageous position that is caused by something else. Casters are either out of position, out of sequence, or both. Fix that root problem the casting will stop. Your body will naturally produce the proper amount of LAG in the golf swingfor maximum speed, center-faced contact and efficiency.

The more detailed answer to this question is essentially the entire purpose behind my instructional video, DRIVE 4 DOUGH. The entire video is focused on making changes that will result in the hallmarks of good ball-striking: lag, center-faced contact, high club speed, accuracy, and control. Improve your mechanics and sequencing, and all the lag you could ever want will follow automatically.

FOR MORE INFORMATION ON DRIVE 4 DOUGH, CLICK HERE OR WATCH THE VIDEO TRAILER BELOW: