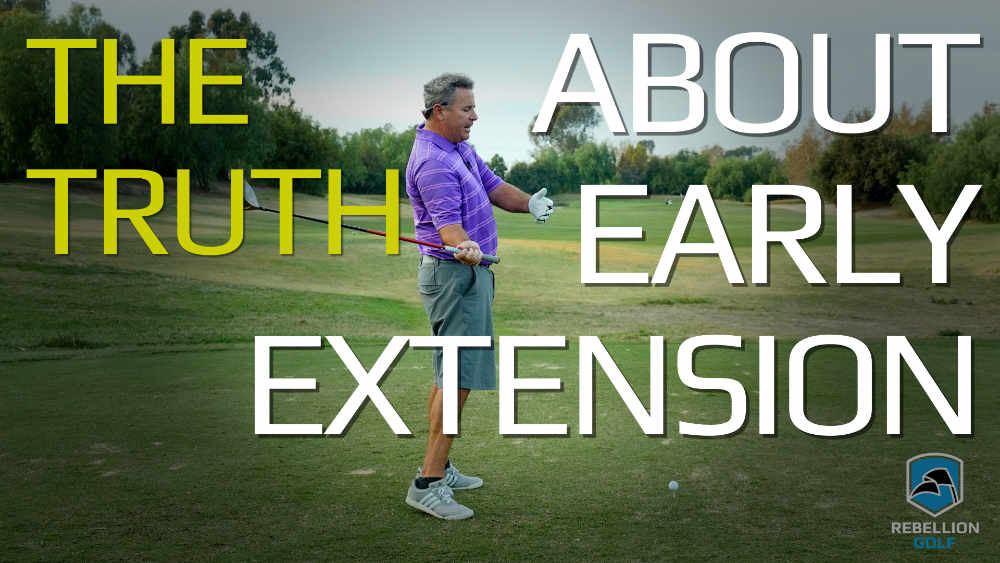 EARLY EXTENSION IN GOLF: AN INTRODUCTION

According to my archives, I’ve written over 20 blog posts about early extension in golf. Despite this, many golfers continue to struggle with early extension because they don’t understand the actual cause of this frustrating problem. In turn, they try to treat the symptom, as opposed to the problem.

EVERYBODY TALKS ABOUT EARLY EXTENSION

Early extension is likely as old as the game of golf, but has gained increased awareness over the past 5-10 years. If I had to wager a guess, its newfound fame is likely due to the availability of video cameras and phones. Compared to other motions, early extension in golf is easily identifiable in down-the-line swing videos. Draw a vertical line on the backside of the golfer at address and see if they move off the line in the downswing: 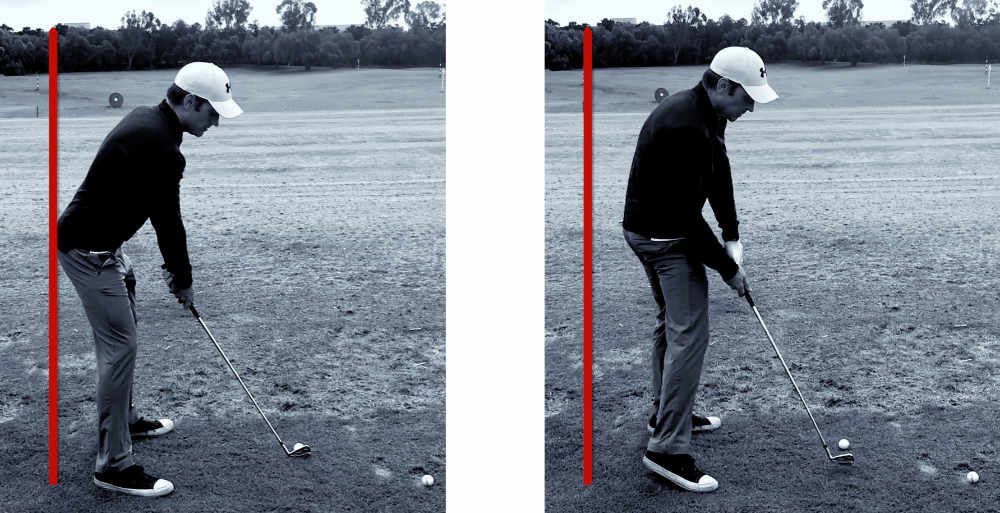 For those new to this problem, this is early extension. It’s also described as loss of spine angle, moving off the tush line, hip thrusting, standing up into impact, and some other things. Lots of people observe early extension in their golf swing. Many of them fight like hell to make it go away. Most fail, because they don’t understand the problem.

EARLY EXTENSION IS NOT A SWING FAULT

“IF I COULD JUST MAINTAIN MY SPINE ANGLE, MY SWING WOULD BE SO MUCH BETTER.”

Lots of golfers struggling with early extension think this way. They look at their swing on video, see lots of good things up to a point, and then: the hips move toward the ball, they lose their spine angle, and they curse this stupid game. They try hitting balls with their backside against a wall. They try slow motion swings. They even try good drills that can actually help some people with this issue. Nothing works. They begin to worry that they might have a muscular imbalance. A weak core, tight hamstrings, some sort of physical limitation. They improve their fitness and flexibility, and their early extension slightly improves. But it’s still there. In fact, their improved fitness is likely only masking the situation, as poor fitness is rarely the root cause of early extension. If only they could stop early extending!

CAREFUL WHAT YOU WISH FOR

The reality is, 99% of early extenders would do a lot worse if they got their wish. If they could hold everything else in their golf swing constant and simply maintain their spine angle, they’d be lucky to hit the ball. And the reason is actually pretty simple: early extension is a symptom, and not a swing flaw. If you early extend, it’s because you have to. It’s your body’s way of making lemonade out of a disadvantageous position. Trying to maintain your spine angle is like trying not to cough when you’re sick. Even if you could do it, it wouldn’t mean you weren’t sick.

As I’ve written elsewhere, golfers confuse the results of a good swing with its conscious objectives . They know lag is a good thing, so they try to force lag into their golf swing. Early extension is like lag’s negative counterpart. Golfers know they shouldn’t early extend. So when they do it, they try to stop it by trying to maintain their spine angle. But like lag, early extension is a result of something else. It’s not something you can eliminate by focusing on it directly.