Making a Full Turn in the Backswing 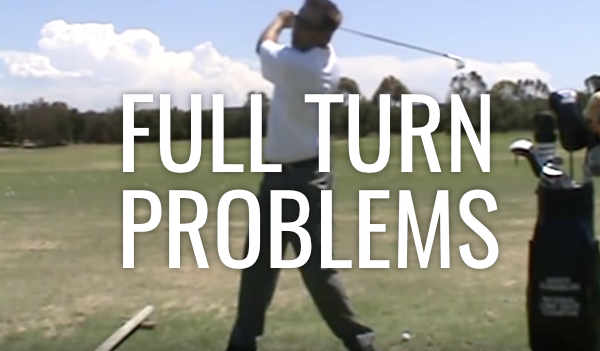 Making a full turn is an important topic because many people are so intent on turning their back to the target and getting to parallel in the backswing that they overdo it or fail to grasp what a proper turn actually feels like. There is an epidemic of people over-rotating and tilting toward the target in the golf community. Like trying to generate lag with a steep transition often creates a flip and loss of shaft lean at impact, over-rotating and tilting toward the target will often force a stall of the turn through impact. And impact is where you want to be rotating, not during a false turn at the top of the backswing: